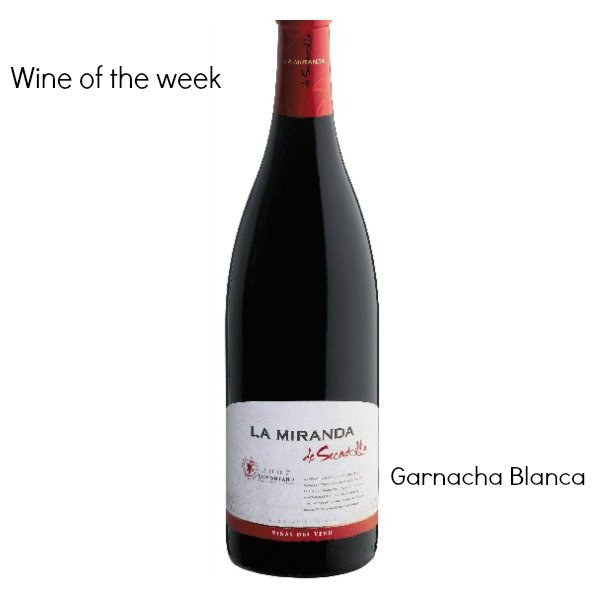 Wine of the Week:

Garnacha Blanca is on a roll, though it sometimes seems surprising considering that it is a relatively neutral grape. But as in versions such as this one, the texture is far more compelling than expected, and the light apple and citrus notes in the nose lead to firmer, stronger flavors in the mouth, reaching almost to complexity. Far from neutral, this is exciting wine. Drink soon or in the next few year.

La Miranda Garnacha Blanca 2009 is a unique wine, due to the grape variety, Garnacha Blanca, just recently cultivated in Spain in Aragon. We suggest to serve the wine with cured meats, oily fish, light meats, and cured cheeses at a temperature between 10 and 12°C