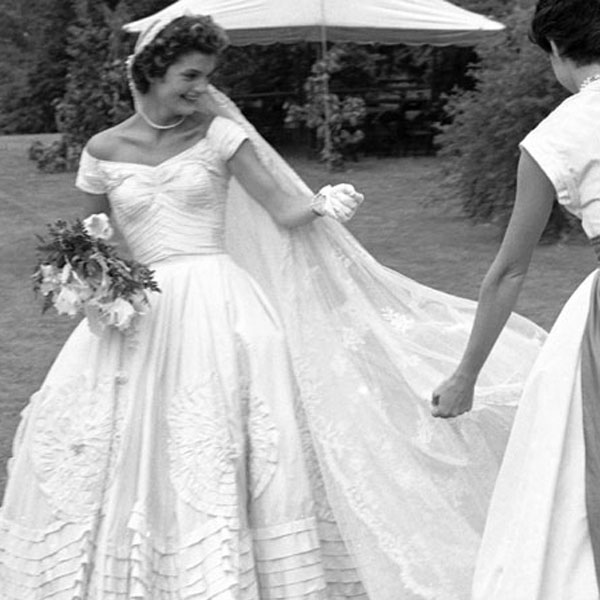 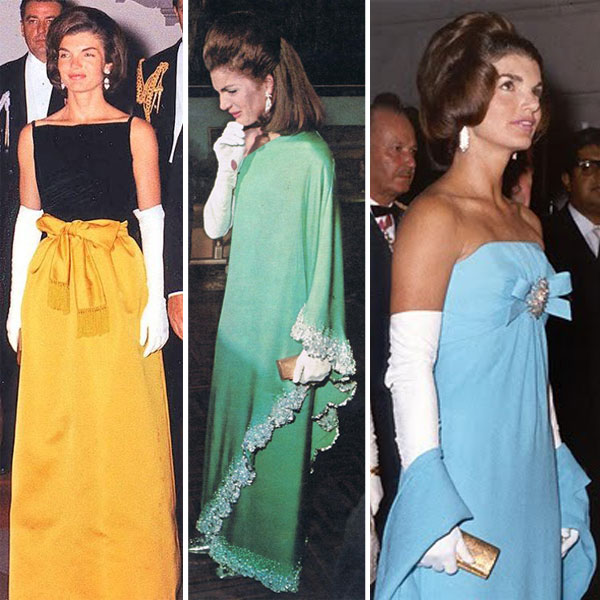 As someone who grew up in Boston when I think of the summer I think of Cape Cod, 4th of July and the Kennedy’s vacationing in Hyannis.  It’s inevitable. The Kennedy mystique has always captivated me.  And last week was no different especially with a Kennedy wedding taking place in the Cape, congrats to RFK Jr and Cheryl Hines! (side note: I love when celebs marry into iconic families).  But what wasn’t all over the news was July 28th would have been Jackie Kennedy’s 85th birthday.  Jackie was and still is America’s most iconic bride, our Diana, Kate Middleton and Princess Grace all wrapped up in one. She isn’t just an inspiration for brides on their wedding day but also for fashionistas all over the country, especially the east coast. In her early years, Jackie Kennedy set the tone for grace, glamour and pure waspyness. Can we ever forget her pill box hats or her green one shoulder gown that JLO later used as inspiration to accompany Ben Affleck to the Oscars (sigh Bennifer). Later in life after the President had passed away and she married a Greek bazillionaire, Jackie Kennedy Onassis defined New York City chic, a far cry from the demure young lady who lived in the White House.  She’s was and is a fashion force to be reckoned with.

What Jackie look has inspired you most???